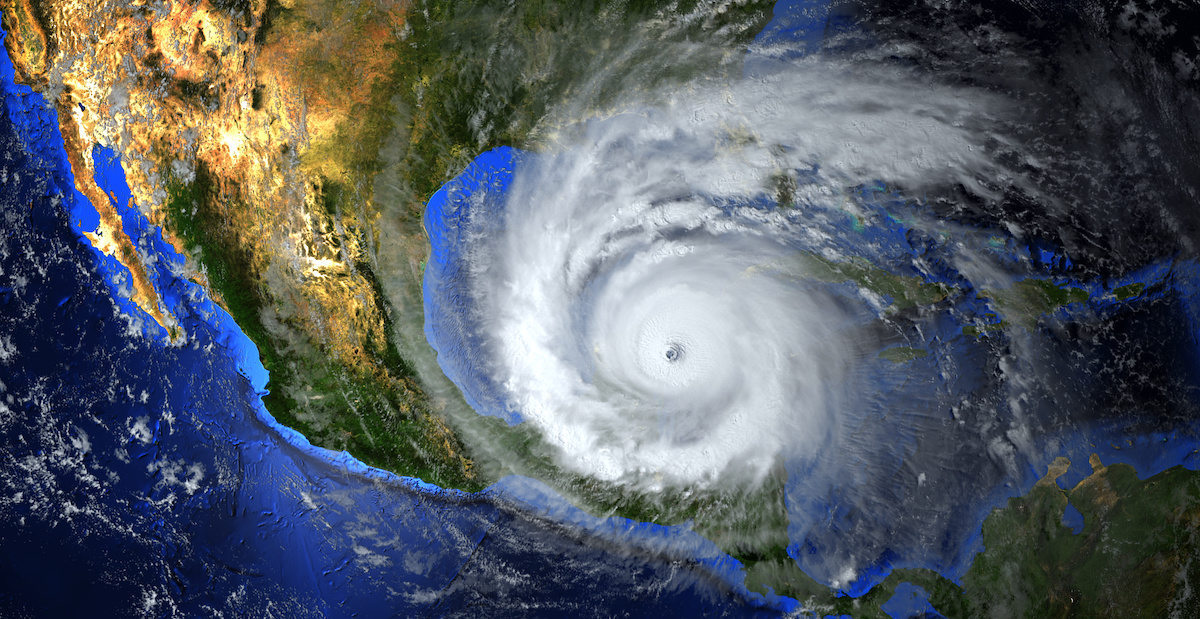 If you didn’t already know, hurricane season is here. The Atlantic hurricane season begins June 1 and lasts until November 30, with August through October witnessing the most intense activity. Tropical storms and hurricanes tend to reach their peaks in mid-September. Yep – it’s right around the corner. Let’s take a look at projections for the 2022 season.

What’s the Projection for This Year’s Hurricane Season?

The National Oceanic and Atmospheric Administration predicts there’s a 65% chance that hurricane season will be more active this year, bringing an increased likelihood of major storms hitting Texas and other areas along the coast.

A Colorado State University study agreed, releasing a forecast that gave Texas a 59% chance of a hurricane hitting the state this year.

While the average season has 14 named storms, NOAA projects this season will bring up to 21 named storms, with as many as ten reaching hurricane status.

If this plays out, 2022 will be the seventh year in a row for above-average Atlantic hurricane activity.

Texas has a long history of hurricanes, with the earliest recorded in 1875. Since 1900, Texas has been the state most impacted by hurricanes. They hit the Texas coast an average of once every six years, with Hurricane Harvey in 2015 being the most deadly and expensive.

You guessed it – climate change has a lot to do with the uptick in hurricane activity. When ocean temperatures rise, hurricanes get stronger. In fact, studies have determined that Hurricane Harvey would not have produced so much rain without the effects of climate change.

With wind speeds reaching at least 74 mph, Hurricanes are the most intense of tropical cyclones. They differ from tropical storms, which have wind speeds of 39–73 mph, and tropical depressions, with sustained winds of 38 mph or less.

Strong winds and heavy rain are notorious for causing catastrophic flooding and wind that damages buildings, brings down trees, and affects utility services.

Storm surge flooding, however, is often the greatest threat during a hurricane. Storm surges raise water levels extremely quickly, resulting in potentially catastrophic flash floods. Once the water starts moving, it only needs to be six inches deep to knock over an adult. Two feet of moving water can carry away a vehicle.

And don’t think a “low category” hurricane won’t produce a storm surge. Any category of storm can cause a life-threatening storm surge. The topography of the Gulf Coast makes it particularly vulnerable to surges, even miles inland from the coastline.

You’ve undoubtedly heard meteorologists and newscasters mention the category of a storm when talking about hurricanes — and you’ve seen it mentioned here a few times. This indicates the storm’s intensity based on its sustained wind speed, according to what’s known as the Saffir-Simpson Hurricane Wind Scale.

Hazardous winds will damage roofs, shingles, vinyl siding, and gutters. Tree branches will snap, and some smaller trees may go down. Power lines may be damaged, affecting service.

Dangerous winds will cause extensive property damage. Trees may be snapped or uprooted. Power loss is likely, and outages could last days or even weeks.

Devastating damage will occur to homes. Trees will be snapped or uprooted, and roads will be blocked. Electricity and water may be unavailable for days or weeks.

Homes will sustain severe damage, including potential roof and exterior wall loss. Trees and power lines will go down. Power outages will last weeks to months. Much of the area will be immediately uninhabitable.

Preparing yourself for a hurricane is a lot easier than you think. Below are several steps to prepare your family for a storm.

Looking for more tips on how to get ready for hurricane season 2022? These guides will help you prepare for a power outage, find the right generator for your home, and prepare for a hurricane.

Electric Reliability Council of Texas, also known as ERCOT, announced that its board of directors selected a new president and CEO — Pablo Vegas. Vegas currently works at NiSource, a large utility company based in Indiana, where he has been since 2018.   ERCOT's...