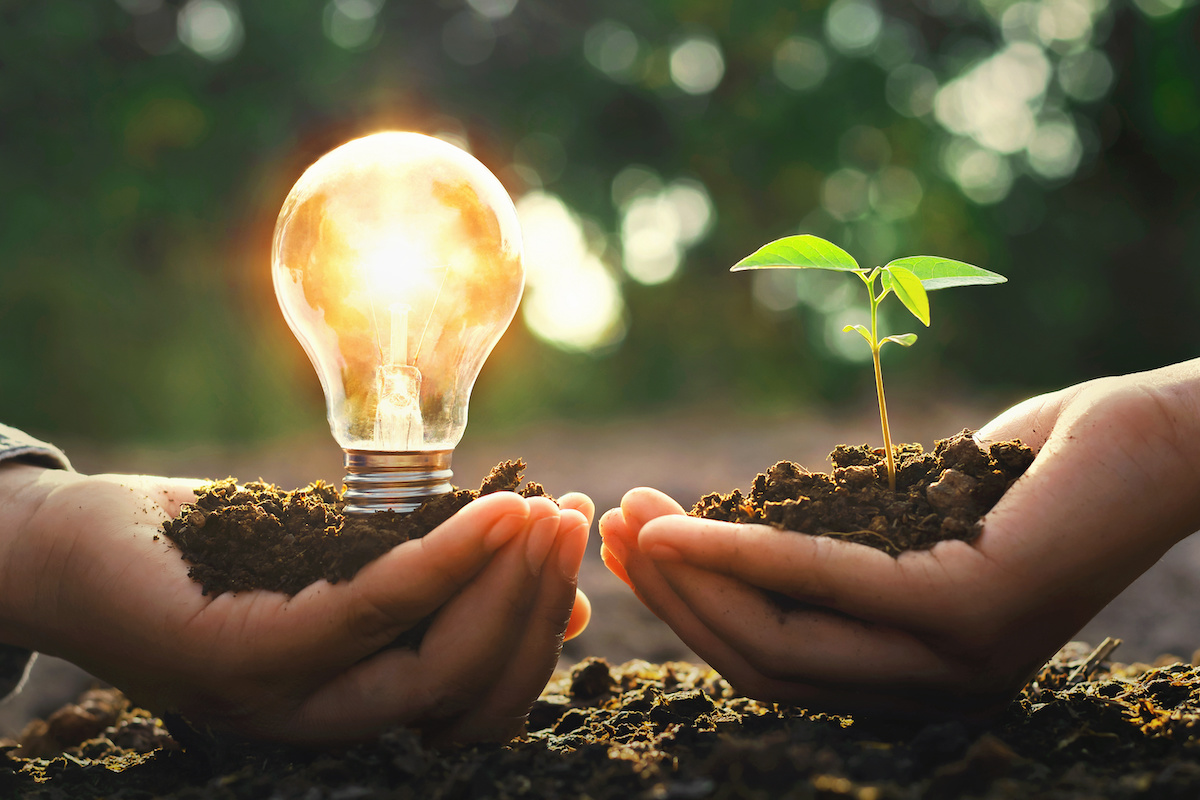 Do you know where your energy is coming from? Not many people do, and there’s a pretty good reason for this: once energy enters the power grid, no matter the source, it simply converts to electricity. It doesn’t come with a note that says “this came from a solar panel” or “this electricity brought to you by a wind turbine.” Because of that, it’s nearly impossible to know for sure that your electricity is coming from a green or renewable energy source.

What Is an REC?

When someone uses a renewable energy source to generate one megawatt hour of electricity, they are issued an REC. This is a certificate, or credit, that says you used a renewable energy source for this one hour. It’s necessary because the origination point of energy cannot be determined once it’s in the grid, but the government still wants to track the amount of clean energy being produced. And people and companies want to be able to say they’re using clean energy to power their homes and businesses.

What Can You Do with an REC?

The main thing you can do with RECs is purchase them. Each credit is issued with a unique identifier, including information about where, when, and how the energy for which it was issued was produced. The person who produced the energy can then sell the credit. No identifier will ever be reused, and once a credit is sold, it cannot be resold. So when you buy an REC, you’re buying proof that one hour of your electricity usage came from this specific source. No one else can claim that hour. In this way, you can confidently use renewable energy without having to add infrastructure to your own property like solar panels or a windmill. It allows you to decrease your carbon footprint, support the renewable energy market with low overhead, and actually know where your energy is coming from.

How Do RECs Help the Environment?

It’s simple, really. The more RECs are produced and sold, the more market demand is visible. It shows a higher demand for utilities produced with no fossil fuel emissions. That signals companies in the energy sector to produce more of this green energy, because people clearly want it — which in turn helps the environment because we’re ultimately cutting back on harmful energy sources.

If you’re just a regular person looking to support green electricity, you don’t need to worry about any sort of mandatory REC purchase. But some utility companies do. In many states, utility companies are required to buy more renewable electricity through a regulation called a Renewable Portfolio Standard (RPS). These standards govern how much of the energy produced from a utility company is from a green source — and if it’s not enough to match the RPS amount, they must buy RECs to make up the difference. Many times, the credits are bought from homeowners who are creating renewable energy on their own property from things like solar panels and wind turbines.

So if you want to support green energy — but you don’t have the ability to build your own renewable energy infrastructure — try buying some RECs. It’s an easy way for you to support the planet and power your life at the same time.

11 Tips for an Easy Moving Day

Moving day can be a real challenge. There’s so much going on, so many people involved, and so many things to keep straight, it’s no wonder that psychologists describe it as an intensely emotional experience. Sometimes new beginnings are tough. Other times they’re an...

How to Pack Your Home Safely & Efficiently

Summer is officially upon us. For Texans, that means hotter temperatures, out-of-school children, and summer vacations. And because summer weather is more accommodating to moving than frigid winter temperatures, it's also one of the busiest times of year for people to...

The process of moving from one home to another is lengthy and complex. Packing, unpacking, getting everything shut off, having it all turned back on — it's a major production, and you're the director. Planning, preparation, and proactivity are essential, so we've put...

Summer in Texas is not for the faint of heart. And that means air conditioners are running on high for most, if not all, of June, July, and August. Not only does usage increase seasonally, but demand has risen annually for the last few years, as Texas has become a...

Why Are Electricity Rates So High Right Now?

With inflation at a 40-year high, we're all feeling the pinch. And some people have felt it in their monthly electricity bills. According to the U.S. Energy Information Administration, electricity rates increased by an average of over 4% last year to 13.72 cents per...

What to Do with Spring Cleaning Clutter

Now is the time of year when many households go through the annual purge known as spring cleaning. It’s an opportunity to clear out the clutter and make your space fresh and ready for the sunny, summer months. But it’s also a task that typically results in a big pile...

Adding energy-efficient upgrades to your home is an investment that pays serious dividends. Fortifying insulation, installing LED lighting, and augmenting your HVAC system with ceiling fans can optimize your electricity usage and, in turn, lower your monthly electric...

How to Prepare for a Power Outage

It's incredible how quickly the house can get dark when the power is out. When an outage happens, get your flashlights out and keep them in an easily accessible area. Depending on the severity of the outage, it’s a good idea to keep replacement batteries within arm's...

Texas Leads the Country in Renewables

Renewable energy is huge in America, and wind and solar are leading the way as the fastest-growing sources of green power. The American Clean Power Association reports that over 27,000 megawatts of new wind, solar, and energy storage were installed in the United...