Is Your Electric Bill Higher Than Normal? This Might Be Why. 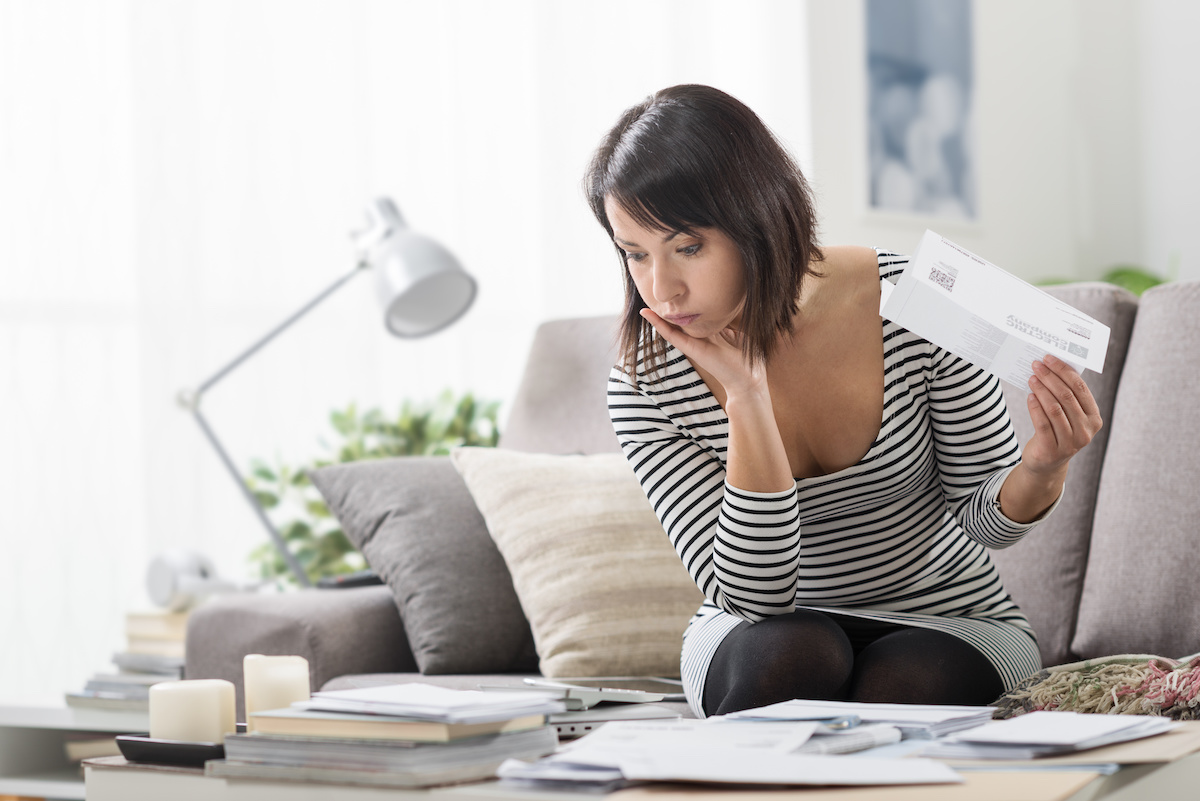 Unlike many mortgages and loan payments that remain steady over time, your home electricity bill varies based on how much energy you use, the plan you choose, taxes, and the price of power in your community. This year, electricity prices have been particularly high. A recent report from NBC News shows that electricity costs more today than it ever has, rising more than 10 percent year over year from 2021.

With that in mind, it’s important to keep an eye on the electricity consumption in your household. You’re already going to get a big bill, but there’s no reason to make it higher if you don’t have to. Here are five issues that might be causing your electric bill to cost more money right now, beyond the overall higher cost.

You’re Using the Wrong Setting for the Season

We’re looking at you, ceiling fans. They’re a great feature for a room, helping to keep the air flowing — but only if you use them properly. In the summer, your ceiling fan should spin counterclockwise, forcing cooler air down to you. In the wintertime, your fan should spin clockwise, pulling air up to force the warmer air near the ceiling to head downwards. Your fan should have a switch on it that allows you to change the rotation.

You’re Leaving Things On All the Time

How many of you hear your parents in your head shouting at you to turn the lights out when you leave a room? It may have been annoying at the time, but with higher electricity prices overall right now, it’s good advice. Everything that’s on is using electricity. And even leaving something plugged in but off draws energy and boosts your electric bill. So be sure when you leave a room or the house that you’re turning all the lights off, unplugging what doesn’t need to be plugged in, and patting your wallet to let it know there will be more money for it soon.

The Insulation and Sealing in Your House Needs Updating

This is probably one of the most obvious things on this list. If your insulation or weather stripping is subpar, that means cold air is going to leak in during the winter, and hot air is going to leak in during the summer. It’s not just a seasonal problem, which means your ability to save on electric costs consistently disappears. If you can, have someone come out and do a home energy audit. They should be able to tell you where you’ve got less insulation than you need, and if any leaks are coming in from places like windows, doors, or even dryer vents. You can do a quick check for air leaks yourself, though. Here’s how. Walk around your home with a lit candle. Stop at the windows and doors, or anywhere air might leak in or out. If the flame stays steady, you’re in good shape. If it begins to flicker or wave around, there’s most likely a leak.

Your Appliances Are Old

Here’s something that might surprise you. Energy Star didn’t start rating most home appliances until 1995 and later. For some of us (especially those of us who like to use appliances until they fall apart in the name of frugality), that could mean you’re spending more money to operate your home. Older appliances don’t work as well or as efficiently as ones with the newest operating technologies. So your ancient garage fridge that’s somehow still kicking? It could be costing you. Energy Star has a calculator specifically for refrigerators to show how much money in electricity costs you’ll be saving when you switch to a newer model. And that goes for other household appliances, too! Think ovens, dishwashers, washing machines, and more. Spend a bit more now on something more modern, and your bank account will thank you later.

The Filter on Your Furnace Needs Changing

When the filter on your furnace is dirty, your entire system has to work harder — making you consume more electricity in the process. Think about trying to blow air out of your mouth without anything in front of it. Easy, right? But if you add a dish towel in front of your mouth, you have to work harder to get the air through. It’s the same concept here. Make sure you’re cleaning or replacing the air filter regularly in order to avoid this problem. For your particular furnace, that might mean once a month (for a fiberglass filter or older system) or once every three months (for a pleated filter). Check the manufacturer’s manual for both the furnace and the filter to see when you should swap it out.