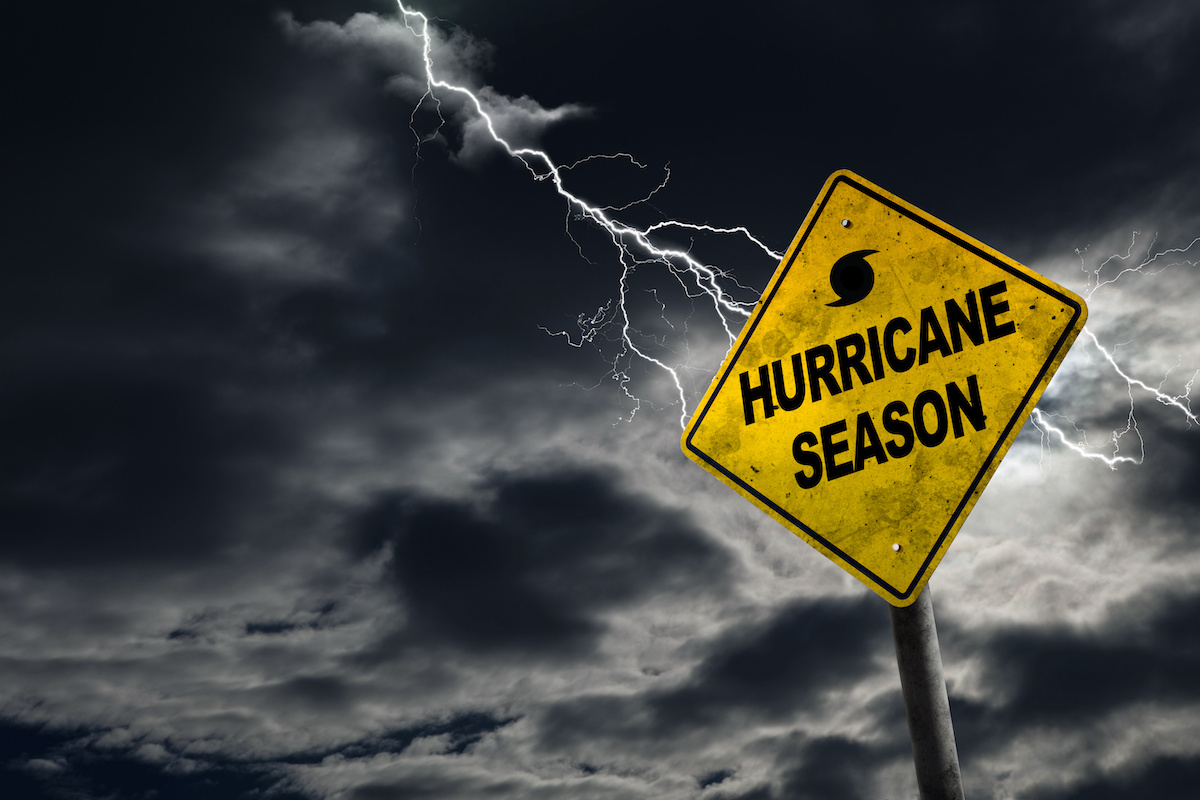 The 2021 hurricane season was the third most active on record, and AccuWeather’s hurricane experts say the 2022 season could be very similar. So do experts at Colorado State University (CSU), which predicts slightly above-average activity with 13 to 16 named storms, six to eight hurricanes, and two to three major hurricanes. AccuWeather’s forecasts are a little more dire, with each category exceeding CSU’s predictions by two or three storms.

In addition to the excess activity, there’s also a larger risk this season that a major hurricane (and four to six direct impacts of named storms, according to AccuWeather) will hit the mainland United States. With communities still recovering from the last several years of extra-active storm systems, that could spell disaster for the unprepared. The southeast Texas coast is one of the regions AccuWeather expects will bear the brunt of the storms.

Part of the problem is La Niña, a weather phenomenon that pushes warm water toward Asia and cold water further north to the U.S. It creates a wind pattern that makes tropical storms and hurricanes both more likely and more dangerous. Right now, the La Niña system exists in a weak, unthreatening state. Meteorologists are watching it to see how it will impact the season.

Even though the official hurricane season officially begins on June 1, forecasters are also predicting pre-season storms will begin early — as they have for the past seven seasons. It’s so common lately, in fact, that the National Hurricane Center has been toying with the idea of making the official hurricane season start May 15 instead of June 1. This year, we’re at a higher risk because, in addition to La Niña hanging around, sea surface temperatures in the tropical areas where storms develop are higher than normal. And the higher the surface temperature, the more likely a storm is to develop.

Since we know the season will likely begin early, it’s important to make your preparations as early as possible.

“Don’t wait until June to prepare,” said Dan Kottlowski, a meteorologist and hurricane expert on AccuWeather’s team of tropical weather forecasters, in a recent AccuWeather article. “We’ve had preseason development over the last seven years and certainly you need to prepare now. So now’s the time to get your hurricane plan in place.”

Preparing Beforehand Will Help You Later

While an active hurricane season is not great news for the Lone Star State, we can prepare early to minimize the effects of stress and supply shortages. Below are a few tips to make sure you’re ready for an early hurricane season.

Create a family plan so that everyone knows what to do in the event of a hurricane. From power outages to evacuations, know what steps your family will take.

Put together an emergency kit including water, non-perishable foods, flashlights, and a first aid kit. Review its contents every three months to ensure it’s good to go.

Insurance information, passports, and birth certificates are only a few valuable pieces of information you’ll need to grab in case you need to evacuate. Keeping these items together in an easy-to-remember spot will save you time and heartache if you have to evacuate your home quickly.

For more tips, check out our 2021 guide on how to prepare for a hurricane.

It’s finally summer! And while being outside in the sunny heat is great for absorbing some much-needed vitamin D, the inside of your home needs some love, too. Keeping your house cool in summer requires a lot of expensive energy, especially as temperatures outside...