Is Deregulation Good or Bad? 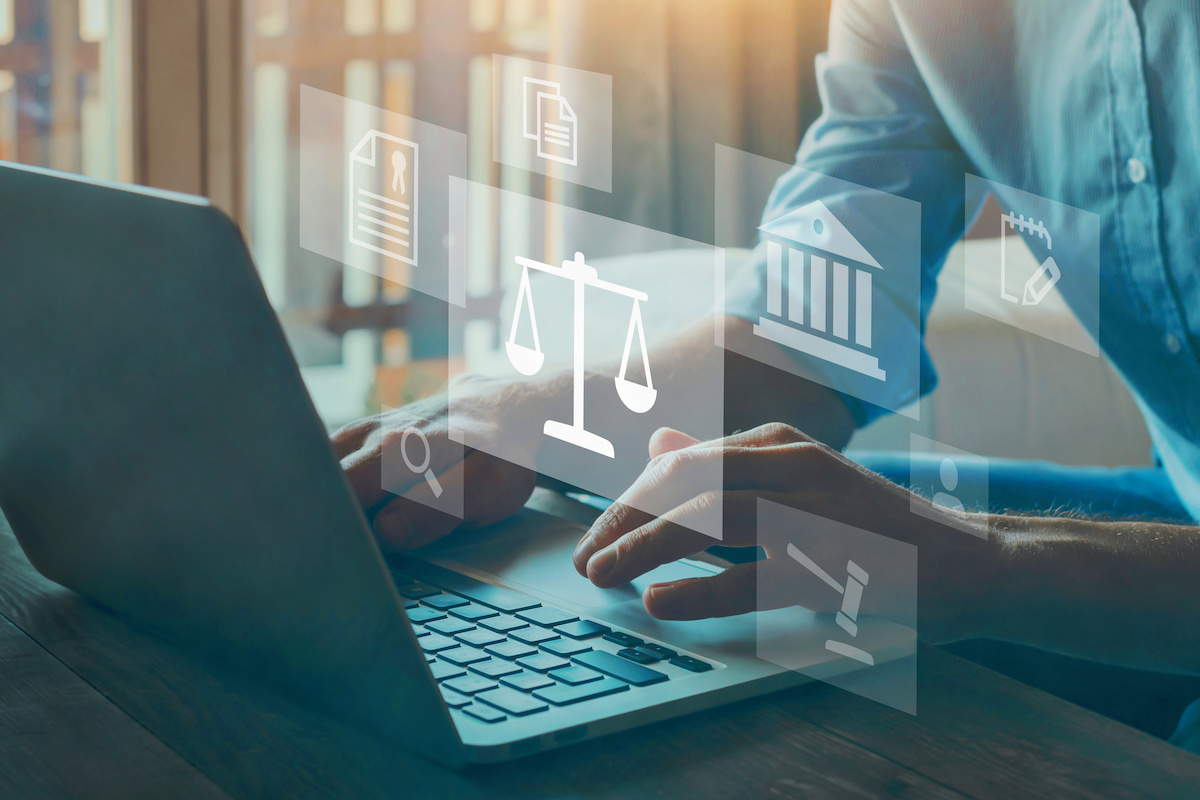 After a brutal summer, there’s been a lot of consumers blaming sky high electric bills on the Texas deregulated electricity market. Some have had enough of trying to understand the various entities that make the rules, but don’t produce a volt of electricity. Some think the marketplace is full of scammy middlemen. Additionally, there are those big problems from the big freeze that everyone seems to still owe money for.

So yeah, everyone paying electric bills in Texas is frustrated. But as the saying goes, you don’t want to return the groceries with the cart.

When you look closely at how the deregulated electricity market actually works, these complaints and arguments just don’t line up with the facts. To find out more, let’s dig a little deeper into the mechanisms in the deregulated market that kept Texas electric rates from spiking even higher this summer.

This summer’s natural gas prices were the big factor driving up electricity rates. Nationwide, natural gas powers about 37% of US electricity generators. For Texas, natural gas is the single biggest fuel source for generating electricity, about 46.1% of the total fuel mix. Whether you paid your electric bill in a deregulated or regulated market this summer made very little difference. The combination of high temperatures and high natural gas prices later in the summer meant everyone has either paid more – or will soon pay more – on their electricity bills.

So where did these high gas rates really come from?

Back in December 2015, the US was awash in natural gas. Prices fell to as low as $1.65 per million British thermal units (MMBtu). This glut continued for five years, bankrupting numerous oil and natural gas companies throughout the country.

In 2020, Covid-19 lockdowns forced the US economy to contract. Natural gas producers drastically cut back their production further so they could stay in business. The natural gas glut is now gone. Over the past year, as the US economy emerges from lockdown, domestic production has muddled along. While producers have been ramping up to meet returning demand, they’ve also been happily raking in profits from prices that recently reached $10 per MMBtu.

While Texas is certainly blessed with lots of natural gas reserves, the price for fossil fuels has been steadily growing more volatile. As a worldwide commodity, natural gas demand in one part of the globe affects prices everywhere else. Because of the European Union’s opposition to Russia’s invasion of Ukraine, natural gas prices in Europe are currently driving the worldwide price increase. Rates at the Title Transfer Facility in the Netherlands are trading at around $65 per MMBtu – about 7 times the current $9 per MMBtu rate in the US. So, it’s not surprising that the combination of high profits for US producers and the push to support European markets has the US exporting about 11 billion cubic feet of liquefied natural gas per day.

The ERCOT grid is the largest state grid in the US because Texas produces and consumes more electricity than any other state, including California and New York State. In spite of the sheer volume of electricity Texas needs to power up every day, the Texas deregulated electrical market succeeds in reliably providing electricity to all of its 26 million customers, and it does all this without any outside help.

Other states in other market grids can import electricity from neighboring states or grids when their supply runs low. Texas is the only state with its own “walled garden” grid.

When ERCOT started, state legislators chose to keep it free from federal oversight. As a result, ERCOT is cut off from importing power from neighboring states and grids. Consequently, it must generate virtually ALL its electricity supply within its own territory.

Unfortunately, ERCOT’s biggest problem is that its population and demand for electricity are growing. To keep up, more and more generators must be built in ERCOT and connected to its grid. While that might not have seemed worrisome when deregulation began 20 years ago, recent bouts of extreme weather have pushed demand higher than expected.

In regulated Texas areas, the handful of monopoly utilities barely budged when it came to improvements and upgrades. New generation plants took years to complete because utilities negotiated with state regulators over what to build and how to pass the costs on to consumers. Renewable energy projects scarcely moved beyond the demonstration phase. In short, the big power monopolies controlled making power for the good of their shareholders, not their customers.

Wind and solar supply roughly 32.6% of electricity for ERCOT. This large capacity allows grid operators to dispatch renewable energy to pick up more load (without fuel costs). This frees up time for fossil fueled generators that need maintenance or upgrades. With ERCOT policy now placing a higher emphasis on reliability, fossil fuel-burning power plants need all the available down-time they can get to stay operational.

Here’s How The Historic Regulated and Deregulated Markets in Texas Compare:

In August 2000, ERCOT had roughly 62,000 MW of generation capacity; half was natural gas-fired steam and one quarter coal-fired steam, with the remaining consisting of combined cycle, gas turbine, and nuclear. Renewables contributed less than 3%. The summer peak demand hit a record of 57,731 MW, a 4.12% increase over previous years.

In contrast, ERCOT’s 2022 Summer SARA Report lists 91,392 MW of generation capacity, roughly a 47% increase. ERCOT forecasted a summer peak load of 77,317 MW, but record high temperatures set new peak records 11 times. The highest peak occurred on July 20 when demand rose over 80,000MW, an increase of about 7.5% over the previous 2019 record.

Given the history of volatile fuel prices and increased extreme temperatures, it’s highly likely that the old regulated monopoly utilities would not have expanded their generation and transmission capacities fast enough to meet the needs of today’s ERCOT customers.

Because of deregulation, the Texas electricity market is much better positioned to contain fossil fuel costs and meet rapidly growing demand, all while keeping electricity rates lower.

Competition Is About Cutting Prices

While some experts try to honestly explain to consumers how the Texas deregulated electricity market works, they sometimes oversimplify it to the point that’s obscure to what retail electricity providers (REPs) and generators actually do. For example, REPs are sometimes described as just being “the storefront for customers to compare energy rates.”

To many, these hasty explanations sound like REPs are do-nothing middlemen that jack up prices to overcharge consumers and there’s no reason for them to exist because ERCOT sets the generator prices anyway.

All of that is plain hogwash.

To be clear, yes, REPs buy electricity from generators and sell it to their retail customers. But REP companies do far more than hand around plan-price sheets outside your local H-E-B.

Because REPs compete against each other for customers, they must find ways to offer the lowest prices and best service. To do that, REPs shop for the best wholesale deals from generator companies for the electricity they supply to their customers. They also need to work out the best way to finance these deals that can run in the hundreds of millions of dollars.

Basically, REPs have three ways of buying electricity on the wholesale market from generators. The first is through supply contracts with generator companies to supply power at a pre-agreed-to rate for a specific term. It’s essentially the wholesale version of a fixed-rate plan.

REPs can also buy blocks of power at auction on the Day Ahead Markets (DAM) or on the Real Time Market. ERCOT oversees both of these markets to keep prices fair and make sure the transactions go through smoothly.

By shopping for the best deals with different generators and balancing contract and marketplace supply costs, REPs can offer their customers different types of plans at the cheapest rates. The providers who navigate these challenges best will attract more customers and ultimately enjoy the most success. That’s the nature of the competitive market place.

Is Deregulation Good or Bad?

Like any industry, the Texas deregulated electricity market goes through good and bad economic cycles. To be sure, the last two years have not been a picnic for anyone. However, in spite of the upheavals over the last two years, important mechanisms in the deregulated market have helped keep Texas electricity prices under control. From innovations in higher efficiency natural gas generators to investment and expansion of renewable energy sources, the ERCOT grid has grown to meet increased demand in a way that can help shield Texas electricity customers from increasingly volatile natural gas prices. Lastly, competition in both wholesale and retails markets drives companies to cut prices to win customers.

During these past two years, Texas electricity customers have witnessed events of almost Biblical proportions, with everything from plagues to freezing cold to hellish heat. Even after these calamities, the deregulated market has kept prices from spiking out of control. This proves that Texas is still better served by a deregulated electricity market than a regulated one.