The Texas Freeze: How the Texas Grid Failed Us All 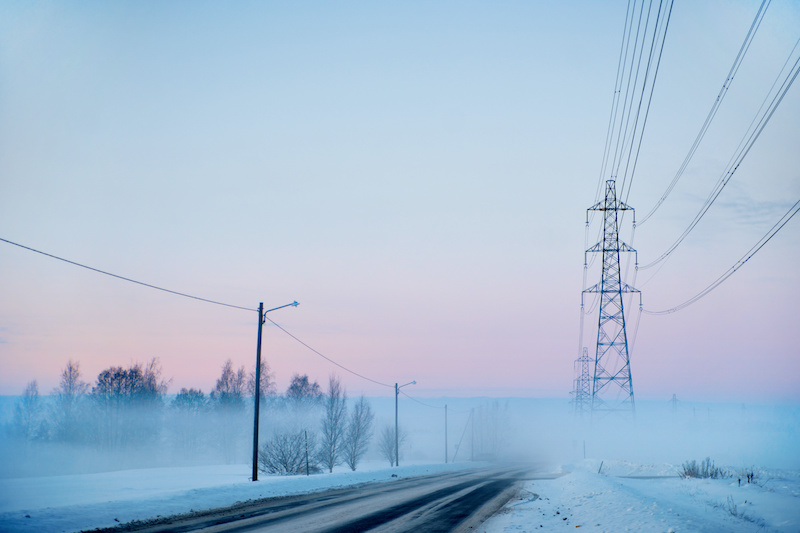 Last year, Winter Storm Uri walloped Texas like no other winter storm in memory. Like everyone, we spent days hunkered down without power or water, wondering when the lights would come back on. Since we’ve all heard, the Texas grid is now better prepared for weather extremes. But a few chilly mornings in January got us wondering about how events during the Big Texas Freeze unfolded, why the grid failed, and what has happened in the aftermath. With such once rare outbreaks of extreme weather becoming seemingly commonplace, just how better-prepared is the Texas grid now?

Doubtless, a lot of folks are wondering the same thing. And as an energy provider, our job is to help customers understand Texas electricity. For that reason, we’re going to review what happened in the big Texas Freeze in three parts. In this way, we hope to help customers better understand how weather and grid operations affect their Texas electricity bills and what could happen in the future.

To understand what happened during Winter Storm Uri, we have to go back to November 2020 to learn what the Texas grid operator, the Electric Reliability Council of Texas (ERCOT), planned for the coming winter season.

ERCOT announced in its final Seasonal Assessment of Resource Adequacy (SARA) report for the coming December 2020 – February 2021 winter season that while it anticipated the possibility for “extreme volatility in the weather,” it was forecasting a winter peak demand of 57,699 megawatts (MW).

ERCOT bases its plans on a generator’s “capacity,” which is a power plant’s potential output, not the actual output. For this, ERCOT assumed that 8,616 MW of this total capacity would be unavailable due to power plant maintenance or breakdowns. Therefore, the grid operator planned to have 67,227.5 MW of thermal generation capacity (nuclear, coal, gas, biomass) and 24,962.4 MW of operational wind capacity ready. All told, ERCOT planned to have around 83.5 MW of capacity ready to meet demand as high as the 65,915 MW record peak from January 2018.

So, as long as fuel flowed to the generators and turbines turned, ERCOT was confident that it would have enough electricity to keep Texas energy customers safe and warm.

During a typical winter, the atmosphere over the Arctic forms a low-pressure system that spins cold air in a tight circle around the North Pole. While the center of this swirling weather pattern can wobble a bit off-center, if nothing interferes with this Polar Vortex, the bitterly cold air stays swirling around the North Pole, like it did in 2020.

In a way, it’s a lot like water swirling around in a bowl. But when warm air currents from the south move northwards, they can push and distort the Polar Vortex. The vortex can loosen, slosh or stretch out, sending an Arctic cold-snap southwards (like it did recently in mid-January this year). These warm air currents can also completely disrupt the Polar Vortex, breaking it apart.

Early in January 2021, the Polar Vortex weakened and slowed. As it slowed, temperatures high up in the atmosphere rose. Soon, the Vortex wind actually stopped and then began moving in the opposite direction in what’s called a “sudden stratospheric warming” (SSW). At that point, the Polar Vortex broke into two separate daughter vortices. One of these bitterly cold vortices moved southwards to the U.S.-Canada border.

At street level, the Earth’s atmosphere appears mostly uninteresting. However, it’s actually made up of moving layers of air at different temperatures and densities that bend and fold over each other. Sometimes, a layer will form ridges hundreds of feet high and thousands of miles long, blocking other air currents. Other times, the layer folds down, forming long, valley-like troughs that stretch across the continent. And these troughs let other air currents flow over them like a river.

In 2021, on Ground Hog Day, a trough formed over the middle of the U.S., that allowed the bitterly cold air from the daughter vortex on the Canadian border to flow southwards. Temperatures fell across much of the U.S., and natural gas demand began pushing up energy prices. The Polar Vortex continued drifting south into Texas. By February 8, ERCOT asked generators in Texas to update their power generation output and fuel status in anticipation of the coming cold.

When the Polar Vortex arrived in Dallas, the afternoon of February 10, temperatures fell rapidly, plunging from a daytime high of 68°F to 39°F by midnight. The next day dawned with freezing drizzle and fog throughout the region. It grew so bad that wind turbines in the western part of the state slowly ground to a halt as the freezing fog coated their blades in ice.

The icy conditions also began choking the state’s natural gas industry. Gas well-heads and gathering lines began to shut down as water vapor froze inside pipes, valves, and compressors. As these freeze-offs stalled production, the amount of fuel flowing to natural gas fired generators fell. The scarcity drove gas prices even higher on the Henry Hub spot market. Generators began to run out of fuel as pressure in the pipelines dropped. All told, within roughly the first 24 hours of the cold weather arriving, 11,450 MW of generation capacity went offline.

Further south, day time highs in Houston stayed comfortable at 68°F through February 10. But the next day, temperatures fell to the mid-40°F by noon and then continued falling. As more electricity customers all across Texas started turning up their thermostats for heat, prices for electricity climbed. In response, ERCOT began deploying its Responsive Reserves, warning customers about the “record electric use as a result of the extreme cold temperatures that have already reached much of the ERCOT region.”

By Friday, February 12, temperatures had reached the mid-30s. And though the Texas Governor declared a state of emergency due to the severity of the winter storm, things were about to get much worse.

On Saturday, February 13, a storm system developed off the Pacific Northwest coast. It dropped 11 inches of snow on Seattle, then headed southeasterly for the Rockies. Dubbed “Winter Storm Uri” by the Weather Channel, it intensified as it picked up moisture streaming up from Texas and then encountered the arctic air-filled trough stretching down from the Canadian border.

Sunday, February 14, dawned with Dallas colder than Anchorage, Alaska. For the first time on record, the National Weather Service issued Winter Storm Warnings for all 254 counties in Texas. At 8 am, EROCT issued a Conservation Needed Alert. CEO Bill Magness explained, “we are dealing with higher-than-normal generation outages due to frozen wind turbines and limited natural gas supplies available to generating units.”

Next, ERCOT sent a formal request to U.S. Secretary of Energy, David G. Huizenga, to waive air quality rules and allow Texas generators to “operate up to their maximum generation output levels.” In its letter, ERCOT painted a grim picture of high prices and rotating outages, warning that “this period will go down in Texas weather history as one of the most extreme events to ever impact the state.”

Though the request was granted, relief was short lived. At noon that day, about 8,400 MW of coal and natural gas power plants were already offline from scheduled, planned, or mothballed outages. The outage number soon grew with 15,000 MW of capacity going offline due to weather-related issues and another 1,900 MW from equipment problems.

That night, Uri roared through Albuquerque, New Mexico with 60 mph winds and heavy snow. It hit Abilene, TX, with nine inches of snow and temperatures plummeting to just 9°F. Five inches of snow and an inch of ice fell in Dallas. Freezing rain caused a 133 car chain-reaction pile-up on I-35 W in Fort Worth that killed six people.

Temperatures got colder and colder, and energy demand spiraled higher and higher as Texas families struggled to heat their homes. Between 6 and 7 pm, ERCOT saw peak demand hit 69,150 MW — over 11,400 MW higher than the peak it planned for.

Then, at about 11 pm, multiple power plants around ERCOT winked offline. Grid controllers scrambled vainly to find and re-route power to the most in need. Between 12:17 am and 1:25 am on Monday, February 15, the ERCOT grid lost nearly 31,000 MW of generation. Finally, in order to protect all generators connected to the grid, ERCOT started “rotating outages” in an effort to shed 16,500 MW of load (equivalent to roughly 2 million homes).

Texas would not see temperatures above freezing for 6 more days.

Stay Tuned for The Texas Freeze Part 2: Why it Broke