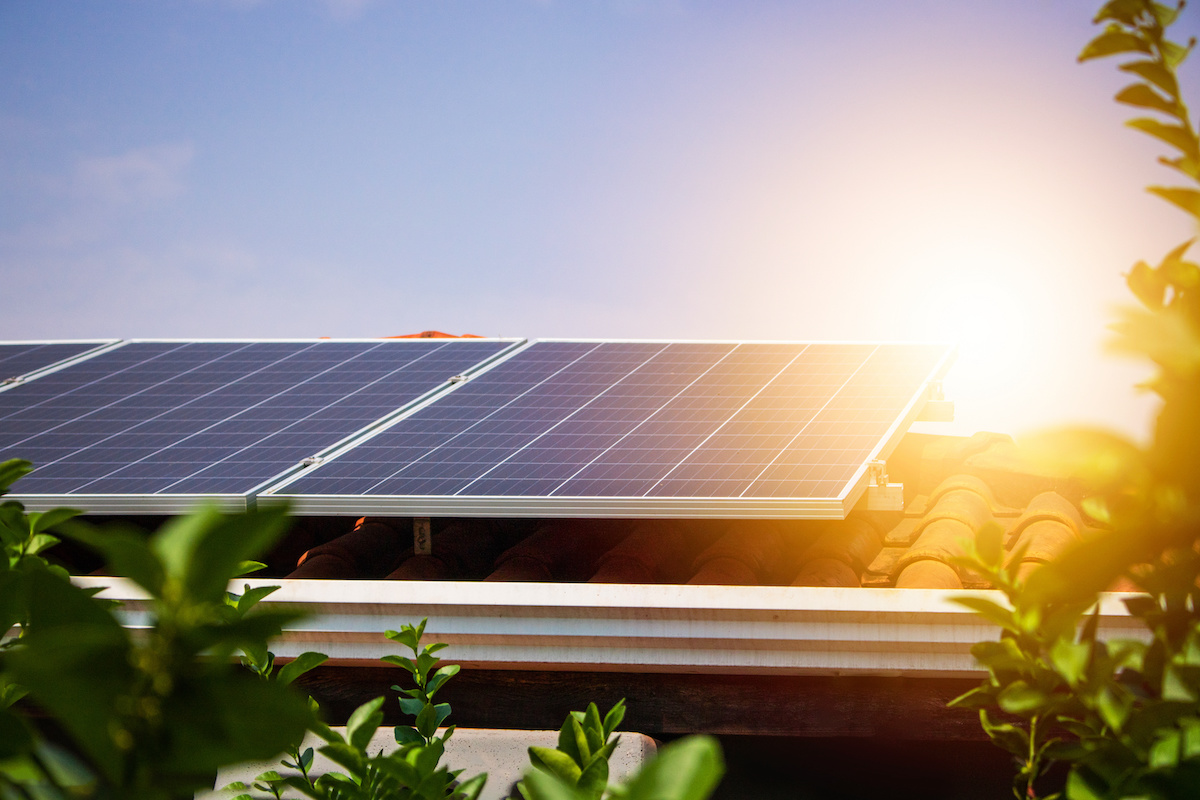 Solar energy is one of the most amazing technological achievements of our time. By harnessing a renewable resource like sunlight, we’re actually able to produce clean electricity that improves our lives without harming the environment. The U.S. Energy Administration reported that solar accounted for 3% of U.S. electricity in 2020, but that will skyrocket to 20% by 2050. And we’re already accelerating toward that goal.

This year alone, solar power is projected to account for over half of the new electricity generating capacity in the United States. Here in Texas, we’re poised to lead the nation in solar energy, with over 4 GW of capacity slated for installation over the next five years. Environmentally friendly power, jobs, and a bright outlook (pun intended) for the future are all part of the vision.

If you’ve seen those sorts of impressive statistics before and wondered about the science behind solar power, this is the article for you. We’re going to break down how solar energy works step by step and provide an easy-to-understand overview.

A Quick Look at How Solar Energy Works

Converting sunlight to electricity involves several steps and technological components that work together. In a nutshell, solar panels absorb sunlight, which activates a conductive material within the panel to produce a direct electrical current. That current is sent to an inverter and converted to an alternating electrical current that we can use to power our homes, devices, and everything else.

When solar panels are installed on residential roofs, that current goes to the breaker box to power the home. On an industrial-scale solar farm, that electricity goes to the grid for distribution to customers. In both cases, batteries might be used to store the electricity for later use.

How Does Solar Energy Work Step-by-Step?

Solar panels are made up of photovoltaic cells, which are two-layer “wafers” of silicon. One layer is positively charged and the other is negative. When the cells absorb sunlight, photons knock electrons loose from the silicon atoms to create a direct electrical current. Wiring within the panel captures the current and sends it to an inverter.

2. The Electricity Is Converted

3. The Electricity Is Distributed & Used

At this point, the electricity is almost ready to use for turning on lights, making toast, and charging electric vehicles! The only thing left to do is distribute the power. In a residential solar panel setup, this is accomplished by simply connecting the inverter to the electrical input on the breaker box. Some people opt to install battery storage devices so they can use solar-generated power even when sunlight is inadequate. On large-scale solar farms, the electricity is fed into the grid and distributed to customers.

Can a Solar Panel System Eliminate My Electric Bill?

One of the most common questions people ask about residential solar installations is if they are completely self-sufficient and totally eliminate their electricity bill. The answer is maybe, but it depends on how much electricity your system generates (which is determined by its technical capabilities and the available sunlight) and how much electricity you need. It also depends on your usage patterns and whether or not you have a storage device.

The Benefit of Net-Metering

One of the ways solar panels can reduce your electric bill is through a process known as net-metering. It works like this: if your solar panels produce more electricity than you’re using, that’s when you become an energy producer. Your extra electricity is uploaded to the grid and the electric company will credit you for it.

However, it’s important to know that between solar panels and installation, the price for a solar panel system typically runs $25,000 or more. Installing solar panels is a great long-term investment, but it does require significant up-front costs.

Save Money & Power Your Home With Energy Texas Solar

Energy Texas makes it easy to be part of the solar revolution with our 100% renewable energy plans! Rather than purchasing your own solar system, save the money and connect to ours. We’ll do all the work while you sit back and enjoy clean electricity and reliable service from the best in Texas. Enter your zip code to find plans available in your area.